"I switched on darkness. Closed my eyes. My thoughts slowly moved on to the stanza four of Gitanjali. I realized, there are times, when you may not find peace in Gita"

A. Living in a lockdown

Please open the link and read the article and my online comments. Open the windows and have a look at the Skye. Keep the mobile aside. If it slips through the window, who'll go out and get it back?

B. Some interesting links: 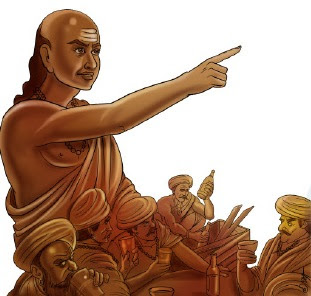 Recently I happened to read a book in Tamil about Artha Sastra based on a Sanskrit text.

It may be strange to know that  Chankya, the author of the great work
Artha Sastra was the man behind the mushrooming of tasmac shops in every nook and corner
of our motherland.But this is stated to be  an unquestionable fact.When the disintegrated societies were consolidated into kingdoms,Manu Dharma Sastra, Artha Sastra and Kaama sutra,the three important works became the guiding factors to regularise social, political and domestic life respectively.
All these three works have been written in the interest of the rulers and not the ruled.That is why these works have been objected to by the elite for long.So many people, especially women are protesting against formation of liquor shops.

Chanakya,the great would have definitely known that madhu makes people intoxicated and addicts.But he used this as a weapon to desist people from agitating against the Govt  ,since
the intoxicated people would be in their own world and may not be in a position to participate in struggles against the rulers.

Artha Sastra speaks in detail about liquors and their evil influence on human beings but recommend strongly that only the Government is entitled to sell liquors.It is the same as announcing 'drinking is injurious to health and promoting sales also.

Artha sastra in essence made the rulers realise that there will be uninterrupted income to the Government and that many people who are victimized may not raise their voices.Two mangoes in one stone!

In brief, the liquor was no longer  a subject matter relating to Dharma, it was to  a matter of  political finance and commerce.
What does Kautilya say?
" excess drinking should be prohibited and would be a criminal offence.'Suraathayaksha 'was the executive in charge of supervising this crime heading a committee called 'Athayaksha' consisting of thirty members who will have constant vigil.

Only the royal people should be authorised to produce liquors and sell the same inside and outside royal fort.
Individuals cannot engage in this trade.Trespassers would be charge sheeted  by the above committee  and produced before the king for implementing severe punishments.
Royal and the rich could store madhu in their houses after getting proper licence.Others could use liquors only in the premises allowed by the government.

Lodges,choultries and inns were not empowered to sell liquors.Government would open bars in those places.
During festivals people were allowed to make liquors at home for 4 days.
The above instructions contained in Artha Sastra filled the treasuries of maurya kingdom with unimaginable wealth,to be followed by other dynasties.

Cholas introduced the same taxation by a different name( eezha poochchi vari)
During British regime Abhari excise system was introduced in 1790 in terms of which liquor rights were handed over to the highest bidder.The amount collected which was just Rs1088- in
1790 rose to Rs9,28,000 in 1900 in  Tanjore district alone.
Britishers handled the liquor issue as an effective tool to control Independence struggle by entrusting liquor business by auction method to rich business giants.a very big liquor factory employing 10,000 people was opened in Pune.

In 1898. Mc Dowells started the business and later acquired by Mallaiah family.Thus so many liquor companies started business throughout India even during British regime.Next to land tax, the revenue from liquor is the greatest even today.

We blamed the British for keeping the people dull and unintrospective ,suitable only for clerical posts.Even after 70 long years after independence things have not changed much.Better thinking individuals have settled abroad.
Nobody is interested in bringing prohibition and analysing alternate source of income.
Who is bothered about women who have to suffer at the hands of drunkard husbands?

There are so many other essential aspects of Artha Sastra.The politicians have magnified this part alone and brand themselves as true followers of Artha sastra.
Chanakya has been portrayed as guru not only of 'Artha sastra but 'madhu sastra' also.

Politicians can easily quote Artha Sastra and get relieved.

Popular posts from this blog

January 29, 2019
NAVAGRAHA STOTRAM* According to astrology, the positions of the nine planets in the twelve constellations of the zodiac and their movements are considered to be quite significant. The nine planets ‘Navagraha’ affect every aspect of human life. They play an important role in the activities, physical and mental health and life of any individual. The unfavorable positioning of any of these planets can be the cause of problems, bad health, and stagnation for many people. However, there is a solution to avoid the ill effects of the position and movement of the ‘Navagraha’ in our lives. Navagraha mantras (or stotram) are simple mantras which work as powerful healing tools to reduce the negative effects of any of the nine planets. These mantras are Hindu holy hymn addressing the nine planets. Benefits Of Navagraha Stotram And The Way to Practice The Navagraha Stotram is written b y Rishi Vyasa and is considered to be the peace mantra for the nine planets. They are powerful m
Read more

October 31, 2019
'His Masters Voice' (HMV) had once published a pamphlet giving the history of gramophone record. Gramophone was invented by Thomas Alva Edison in the 19th century. Edison, who had invented many other gadgets like electric light and the motion picture camera, had become a legend even in his own time. When he invented the gramophone record, which could record human voice for posterity, he wanted to record the voice of an eminent scholar on his first piece. For that he chose Prof. Max Muller of England (a German by ethnicity), another great personality of the 19th century. He wrote to Max Muller saying, “I want to meet you and record your voice. When should I come?” Max Muller who had great respect for Edison asked him to come on a suitable time when most of the scholars of the Europe would be gathering in England.  Accordingly, Edison took a ship and went to England. He was introduced to the audience. All cheered Edison’s presence. Later
Read more

November 11, 2021
Welcome to Warrier's COLLAGE On Thursday November 11, 2021 Agre Pashyami... https://youtu.be/KUffn-CXm98 (P Leela : Narayaneeyam) Good Morning Nice Day M G Warrier A Current Affairs 1) Media Response To The Editor The Hindu Letters November 10, 2021 Consensus on legislative proceedings The legislative bodies in India, top to bottom, from parliament to panchayats have become notorious for mismanagement of working hours. On several occasions, there is continuous disruption of official proceedings, sometimes affecting scheduled business for weeks. A solution to this malady will be dependent on an all party consensus on regulated and disciplined functioning of legislatures. In both houses of parliament and several state assemblies, pre-lunch walkouts by opposition members have become a regular affair. Arguments for, include attracting media attention and creating public awareness about social and economic issues, where immediate legislative/government action is co
Read more